Birchbox Cofounder on How to Be CEO of Your Career

Birchbox Cofounder on How to Be CEO of Your Career 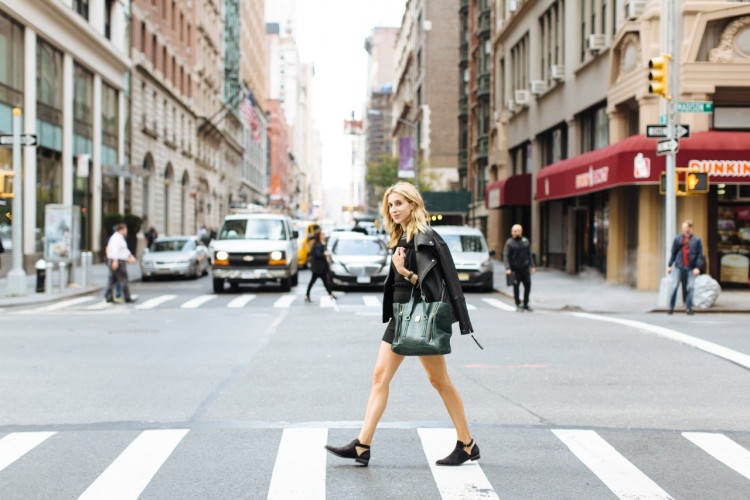 When Katia Beauchamp cofounded Birchbox at age 27, she didn’t expect the start-up beauty commerce site to become one of the biggest disrupters in the industry. But she did feel confident that the scrappy work ethic she honed selling Girl Scout Cookies as a child in El Paso, Texas, would come in handy.

“I was the daughter of a single mom who worked as a counselor in a low-income school,” Katia explains, adding that because other parents took their daughters’ cookie order forms to work, and her mom couldn’t, she wasn’t able to compete in that way. Instead she logged a ton of miles going door to door making the sales herself.

“I had to hustle—which has a lot to do with who I am today,” she explains.

Birchbox—which was born from a business plan she wrote with a classmate in Harvard Business School who later became Katia’s business partner—is part of the subscription box trend, delivering customized beauty samples to 4 million subscribers. The company hit $1 billion in sales after only six years, and as a result, Katia, who is considered one of the top female CEOs in the country, has been named on Fortune magazine’s “40 Under 40” list.

Throughout the nine years of her business’s growth, Katia has stuck to several guiding principles that she thinks are vitally important for everyone’s careers, not just fellow entrepreneurs. Read on for the practices she believes are key to achieving career success.

Stay in the driver’s seat.

“When you first begin working, you’re grateful to have a job, and because of that you’re not driving your career,” she says. “But no matter how long you’ve been working, you want to see your relationship with your company as one where you navigate for yourself and drive your career forward.”

Work to move conversations from no to yes.

“When we were beginning to build Birchbox, the vast majority of the brands we were trying to work with were saying no to us,” she says. “But we didn’t see ‘no’ as the end of the conversation.”

“Whether you’re negotiating to get a job or trying to get a promotion, it’s important that you don’t shut down when you hear ‘no.’ Instead, be willing to listen to the ‘no,’ and utilize it to come back to build your case. I truly believe that the ‘nos’ are an important part of getting to yes.”

“I think there’s a misplaced expectation that a career goes from not knowing what you’re doing to knowing,” she says. “But, truthfully, everything is moving so fast that inherently your role will change so much that you never have that feeling of ‘now I know.’ You’re always retrospectively good at doing the job you did six months ago, but that’s no longer your job. I believe that it’s a really good sign that you’re not suddenly feeling like ‘ah, I got that,’ because it’s always better to keep learning.”