How to Shape Your Leadership Style and Career

How to Shape Your Leadership Style and Career 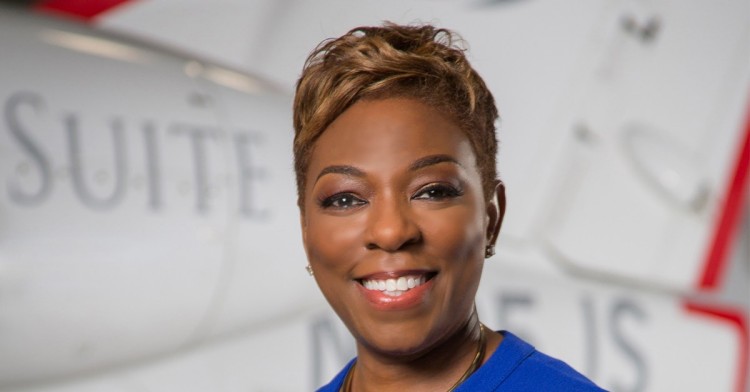 Stephanie Chung is the president of JetSuite, an airplane charter company with investments from Jet Blue and Qatar Airways. But being a leader isn’t all that defines her: she’s also: one of few women in a male-dominated field, the author of Profit Like a Girl: A Woman's Guide to Kicking Butt in Sales and Leadership, breast cancer survivor, and a proud Girl Scout alum.

“I grew up a military brat, so I moved around every two years,” explains Stephanie. “As a little kid, you’re always the new kid on the block, you always have to make new friends, and you have to adapt to new teachers and cliques and neighborhoods. But whenever I moved, I joined a Brownie troop, and that was a great way to get to know people who weren’t necessarily in my neighborhood. And—I have to admit—I am competitive, so the badges and pins were helpful too. It was really about striving to achieve those.”

Read on for her advice about how to build your own successful career.

Come up with tangible recognition, like awards, for the people who work for you rather than generic praise.

“When I think about leadership now, I’m focused on developing people,” says Stephane. “You want to reward people for challenging themselves, growing, and taking risks. When I think about actual rewards that you can touch and feel, I think about Girl Scouts and Brownies and the badges and pins. That seed was planted at an early age.”

Know who you are and what you want to do.

“It’s OK if [what you want] changes. Early in my career, I wanted to do crew scheduling,” explains Stephanie. “Instead I got promoted into sales, but it turned out that I am far better suited to that, so it ended up being a better fit. You have to understand your own strengths and weaknesses.”

“I tend to work with a sense of urgency, and people notice . . . and that’s why I get promoted,” Stephanie says.

Set goals early in your career.

Once you decide what you want to do, look at different ways to get it done.

“There are always a lot of different ways to get to your goal, and life may take you a little off the path,” explains Stephanie, “but stay focused on the goal.”

“I’m in an industry that is, and has always been, very male dominated,” she says. “I grew up a military kid, so I am used to that environment,” she explains. But she would tell women who aren’t used to that to try to give people the benefit of the doubt that they’re not being intentionally insensitive.

Give yourself time to develop.

“[Often] people want a position they’re not ready for,” Stephanie says. “You still may need to grow in some areas and take on new challenges first.”

Expect hard times, but don’t let them stop you from moving forward.

“It’s OK to [get upset]. [But] then [move on] and get back to your focus. It’s all you—this is your life, and you gotta take control of it,” she advises.

“If you’re trying to make an impact in your own way, then you have to be prepared for tough times. When you’re frustrated, pissed off, and misunderstood—that’s when you’re going to grow. You really have to take the bumps and the bruises so that you can get to a place of success. Success doesn’t come easy,” Stephanie muses.

“I don’t wake up and think, ‘what am I going to do today?’ I have always been focused on long-term goals.”

Know when you’re ready for more.

“A part of [getting] the position I’m in now was always being aware of when I had outgrown a position. And then I would ask myself, ‘what’s next?’ and would move on. I am a person who believes in always moving up in my career.”

“Be able to have a truth pact with those you work with,” suggests Stephanie. “Don’t just surround yourself with people who will tell you what you [want] to hear.”

Hire the best people you can find.

“If you have to be the smartest person in the room, then what you really have is the desire to be needed, and it will stifle your career,” she says. “The ideal is to challenge yourself to hire the best people . . . and get out of their way.”