Preparing the Next Generation of Informed and Engaged Citizens


Girl Scouts is proud to join bipartisan leaders, including Chelsea Clinton, to discuss the importance of educating and engaging today’s youth in civics to preserve and strengthen our country’s democracy. With only one in four Americans able to name all three branches of government, it’s important that we inspire youth to be informed, engaged, and civically minded individuals equipped with the tools to take action and make positive change.

The event, Civics Education: Preparing the Next Generation of Informed and Engaged Citizens, was livestreamed June 3 from 10:00 a.m. to 12:00 p.m. EDT. (See replay above.)

This nonpartisan event is an opportunity for community leaders, public officials, and education experts to consider how out-of-school civics programs can prepare the next generation to be involved citizens with a deeper understanding of their government—both now and for the rest of their lives.

Download the discussion guide to get the conversation started!

Audience Q and A 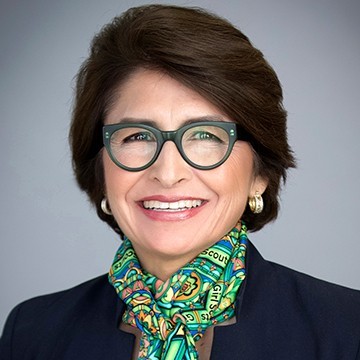 A lifelong Girl Scout, Sylvia Acevedo was appointed CEO of Girl Scouts of the USA in May 2017, coming full circle from her youth as a Girl Scout in Las Cruces, New Mexico. Through Girl Scouts, Sylvia discovered her passion for space, science, and math. Her interest in STEM subjects would lead her to a career as a rocket scientist, engineer, technology executive, and award-winning STEM entrepreneur.

Sylvia has championed girls in STEM, the outdoors, entrepernsurship, and leadership. In May 2017, she directed the largest rollout of merit badges in nearly a decade. In total, 39 of the 47 new offerings are in STEM subjects, including weather-pattern analysis, space science, robotics, and cybersecurity.

A strong civic and education leader, Sylvia understands the role education plays in creating opportunities for children and developing the workforce of the future. Sylvia has been an engineer and executive at Apple, Dell, Autodesk, and IBM. She began her career as a rocket scientist at NASA’s Jet Propulsion Laboratory, where she created algorithms and analyzed data from Voyager 2’s spacecraft flyby of Jupiter and two of its moons, Io and Europa.

Sylvia is the author of Path to the Stars: My Journey from Girl Scout to Rocket Scientist, a memoir for middle school students that inspires readers to live the lives of their dreams. 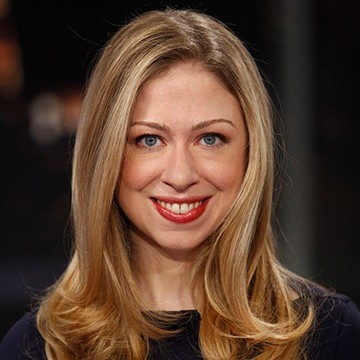 Chelsea Clinton is vice chair of the Clinton Foundation which works to improve lives across the United States and around the world by creating economic opportunity, improving public health, and inspiring civic engagement and service. She is also a bestselling author of She Persisted: 13 American Women Who Changed the World, She Persisted Around the World: 13 Women Who Made History, It’s Your World: Get Informed, Get Inspired & Get Going!, Start Now! You Can Make a Difference, Don’t Let Them Disappear: 12 Endangered Species Across the Globe and, with Devi Sridhar, Governing Global Health: Who Runs the World and Why? She lives in New York City with her husband, Marc, their daughter, Charlotte, their son, Aidan, and their dog, Soren. You can follow her on Twitter at @ChelseaClinton or on Facebook at www.facebook.com/chelseaclinton. 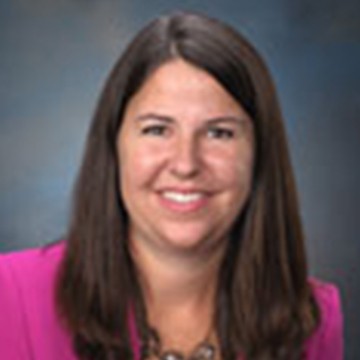 Laura Dove was elected Secretary for the Minority on August 1, 2013.  She was then elected Secretary for the Majority on January 6, 2015, the last in a string of positions on the Senate Republican floor staff. Dove started her Senate career as a page for Senator Strom Thurmond and later as a floor page for then-Republican Leader Bob Dole. After several stints in the Republican Cloakroom and other leadership offices, Dove was appointed Assistant Secretary for the Majority in 2003, and worked on the floor as Assistant Secretary for Republican Leaders Frist and McConnell. She has a B.A. from the University of North Carolina and an M.A. from the University of Virginia. Ms. Dove is married, has two children, and lives in Alexandria, Virginia. 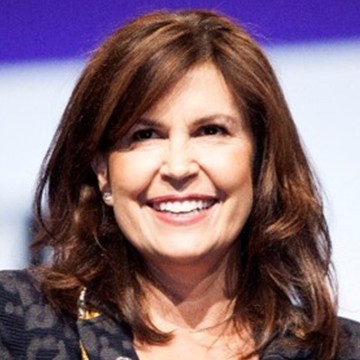 Dr. Kathy Hopinkah Hannan is the National President and Chairman of the Board of Directors for Girl Scouts of the USA. Dr. Hannan, a retired Global Lead Partner, National Managing Partner, and Vice Chairman of KPMG, has more than 30 years of industry experience and has held numerous leadership roles during her distinguished career with KPMG. Immediately prior to her 2018 retirement, Dr. Hannan served as Global Lead Partner, Senior Advisor for KPMG’s Board Leadership Center and National Leader Total Impact Strategy, providing advice and direction on leading Board governance practices and guiding the strategic direction of corporations throughout the U.S. Dr. Hannan also served as the Midwest Area Managing Partner for KPMG’s Tax Services — the first woman to be named to such a position at KPMG. Subsequent to that role, Dr. Hannan was appointed as the National Managing Partner of Diversity and Corporate Responsibility, a role that focused on providing strategic direction to leverage diversity and inclusion and corporate philanthropy for commercial sustainability.

In addition to her roles at KPMG and Girl Scouts, as a Native American Indian and member of the Ho-Chunk Nation Tribe, Dr. Hannan serves on the Board of Trustees and Executive Committee of the Smithsonian National Museum of the American Indian 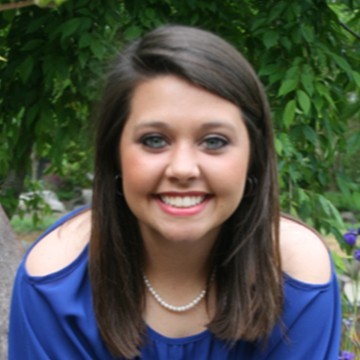 Lauren Hoaglund is from Birmingham, Alabama, and has been involved in Girl Scouts since the third grade. Lauren has a passion for history and ensuring that high school students have a basic working knowledge of our government. She volunteered for four summers has as a junior interpreter at American Village, an American history and civics education center that engages and inspires citizens and leaders in Montevallo, Alabama. Lauren served as a delegate to Girls State, has participated in the FBI Academy Youth Leadership Program, and served as a page to then Alabama Lieutenant Governor, now Governor, Kay Ivey. As a page, Lauren watched a committee hearing on a proposal requiring all high school students in Alabama pass an immigration test to ensure they have a basic working knowledge of our government. The hearing inspired her Girl Scout Gold Award project to educate middle school and high school students about civics, with the goal of inspiring students to participate in government, become an informed voter, and run for office. This fall, Lauren will be starting her sophomore year at Washington and Lee University where she is majoring in English and Medieval and Renaissance Studies. 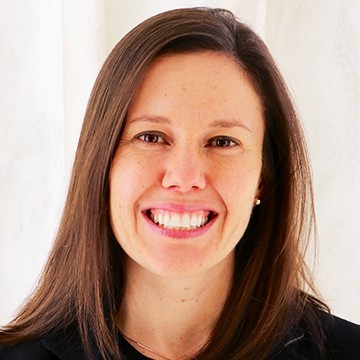 Emma Humphries is the Chief Education Officer at iCivics, an educational non-profit dedicated to reinvigorating civic learning through interactive and engaging learning resources. In this role, she serves as the organization’s pedagogical expert, leads the iCivics curriculum team – including game ideation and content development – and supports teachers in deepening their levels of engagement with iCivics’ products so they may provide transformative classroom experiences for young citizens. Emma has devoted her professional career to teaching, learning, and advocating for civic education. She has served as a social studies teacher in north Florida where she taught all levels of American Government and History, as a civics instructor and program coordinator at the Bob Graham Center for Public Service at the University of Florida, and as an instructional consultant for the Florida Joint Center for Citizenship for which she is currently a fellow. Emma has degrees in political science and education and was awarded a James Madison Fellowship in 2004. She earned her Ph.D. in Curriculum and Instruction from the University of Florida with a concentration in civic education and teacher professional development. 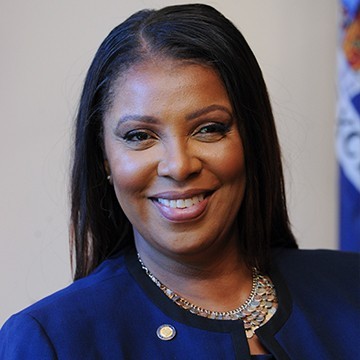 Her office handled over 32,000 constituent complaints and passed more legislation than all previous Public Advocates combined, including a groundbreaking law that banned questions about salary history from the employment process to address the pervasive gender wage gap. Ms. James successfully took on the gun industry by pushing New York City’s largest pension fund to divest from gun and ammunition retailers. She fought in court on behalf of children and families on issues including children in foster care, children with disabilities, and tenant protection. New Yorkers overwhelmingly elected Tish James to a second term as Public Advocate in November 2017.

Prior to serving as Public Advocate, Tish James represented the 35th Council District in Brooklyn in the New York City Council for ten years. As a Council Member, she passed the Safe Housing Act, legislation that forced landlords to improve living conditions for tenants in New York City’s worst buildings. She helped uncover the corruption behind the Office of Payroll Administration’s CityTime contract, a scheme that cost New York City over $600 million. She also pushed through a revolutionary recycling package that included expanding plastic recycling, a new clothing and textile recycling program, and increased access to recycling in public spaces.

Before her election to the City Council, Tish James served as head of the Brooklyn Regional Office of the New York State Attorney General’s Office. She resolved hundreds of consumer complaints and investigated predatory lenders who preyed on first-time homebuyers. She assisted the Civil Rights Bureau in its investigation of the NYPD’s stop-and-frisk policy and cracked down on firms engaged in deceptive business practices including violations of human rights, environmental laws, and scams targeting immigrants.

Tish James began her career as a public defender at the Legal Aid Society. A proud Brooklynite, she is a graduate of Lehman College and Howard University School of Law. 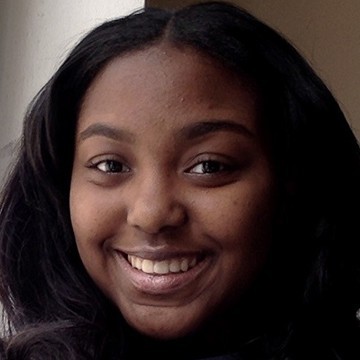 Sophia Richardson is a Gold Award Girl Scout from Troop 2696 in Brooklyn, NY. For her Gold Award project, Sophia provided support to survivors of domestic violence. She created knitting workshops in shelters where women could speak openly about their experiences and share the effects of domestic violence in a safe space. An active member of her community, Sophia’s achievements and interests include being a member of the Arista and Archon National Honor Society, and a graduate of the Master Guide program in the Adventist Youth Ministry. After high school she plans to attend Binghamton University to pursue their pre-medicine program. 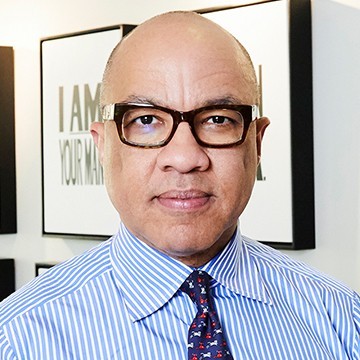 Darren Walker is president of the Ford Foundation, an international social justice philanthropy with a $13 billion endowment and $600 million in annual grant making. For two decades, he has been a leader in the nonprofit and philanthropic sectors. Darren led the philanthropy committee that helped bring a resolution to the city of Detroit’s historic bankruptcy, and chairs the US Alliance on Impact Investing. He co-chairs New York City’s Commission on City Art, Monuments, and Markers, and serves on the Commission on the Future of Riker’s Island Correctional Institution and the UN International Labor Organization Commission on the Future of Work. He also serves on the boards of Carnegie Hall, the High Line and the Committee to Protect Journalists, and is a member of the Council on Foreign Relations and the American Academy of Arts and Sciences.

Download the discussion guide to get the conversation started! 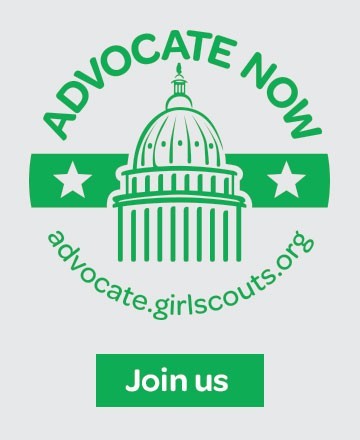 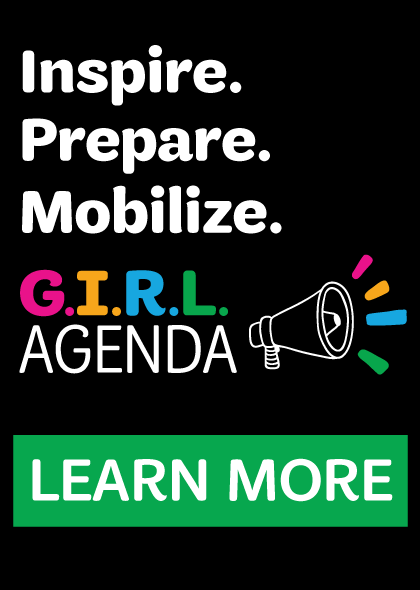