Champion the mission and goals of Girl Scouts of the USA

Through their financial support, thought leadership, advocacy and influence, they ensure that Girl Scouts can continue to fulfill its mission to build girls of courage, confidence, and character who make the world a better place. 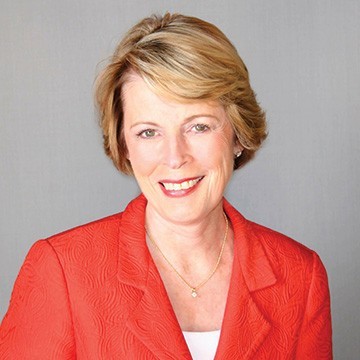 Susan is the CEO of The Susan Bulkeley Butler Institute (The SBB Institute) for the Development of Women Leaders. Prior to founding the Institute, Susan established herself as an accomplished business leader who shaped her career at Accenture, the world’s leading management consulting, technology services and outsourcing organization. She joined Arthur Andersen & Co. as its first professional female employee in 1965, and 14 years later, was named the first female partner of its consulting organization, Andersen Consulting, now known as Accenture. Before her retirement in 2002, Susan was the managing partner for Accenture’s Office of the CEO for Chairman & CEO Joe W. Forehand. Susan served on Accenture’s Executive Committee, the company’s principal advisory and strategy-setting committee, and as president of the Accenture Foundation.

Susan has received the Sagamore of the Wabash Award, the highest honor bestowed by the Governor of Indiana for distinguished service to the state. Prior recipients include presidents, ambassadors, artists and astronauts. In 2001, Upside magazine named her to its list of “The 50 Most Remarkable Women in Technology” who have moved the industry “beyond the glass-ceiling cliché.”

Susan is currently a visionary delegate for Vision 2020, a national project focused on advancing gender equality by August 26, 2020, a member of the worldwide board of Junior Achievement and LeaderShape LLC, and the Dean's Advisory Council at Purdue's Krannert School of Management, the National Board of Advisors of Eller College of Management and the School of Science at the University of Arizona.

Susan is the author of Women Count: A Guide to Changing the World and Become the CEO of You, Inc., an executive coach, consultant to businesses and universities, and a speaker. She holds a BS in Industrial Management from Purdue University (1961-1965). 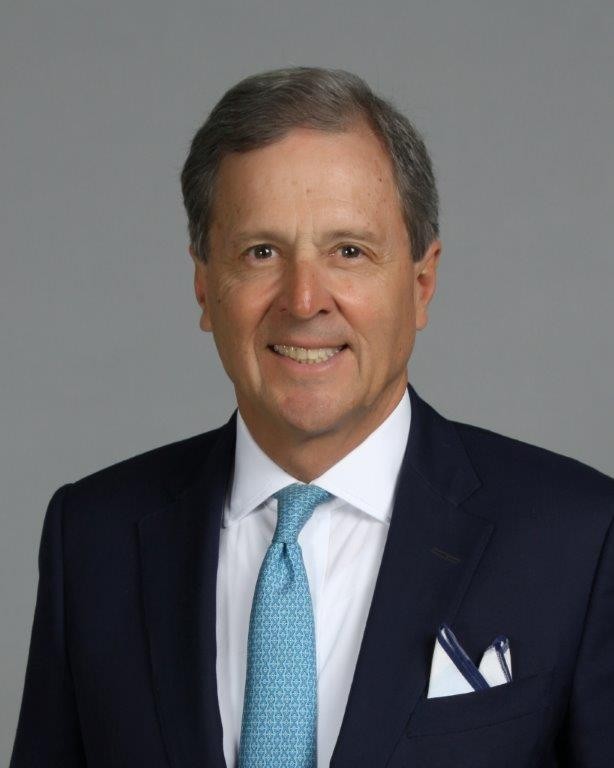 John E. Cay, III has more than 40 years of leadership experience in the insurance industry and a lifetime of service to the civic and non-profit sectors. He most recently served as Vice Chairman of Wells Fargo Insur­ance Services, the world's fifth largest insurance brokerage firm.

Shortly after retiring in 2012, Mr. Cay began serving in an advisory capacity to his two sons, Jack and Christopher Cay, in their respective business endeavors.

Christopher Cay launched Cay Insurance Services in 2007 and from its headquarters in Savannah, Georgia, the growing firm has expanded to include locations in Hilton Head and Charleston and specializes in personal insurance and select commercial insurance brokerage services.

Mr. Cay also serves as an advisor to his son John "Jack" E. Cay IV who re-launched Palmer & Cay in 2010. Jack is the fifth-generation of the Cay family to serve as president of Palmer & Cay. The firm provides insurance brokerage services for middle market and large corporate clients throughout the Southeast.

Mr. Cay's role as a business advisor to his sons covers familiar territory: In 1970, Mr. Cay joined his family-owned insurance agency in Savannah and was named President and CEO in 1972. Under Mr. Cay's leadership, Palmer & Cay grew into one of the largest and most respected privately-held insurance brokerage firms in the nation.

During the 1990s, Mr. Cay foresaw the need for quality international risk management services and moved to London in 1997 to form alliances with Europe's leading risk management firms and insurers. He played a pivotal role in establishing an international partnership of prominent risk manage­ment firms, one which continues today as a dominant worldwide resource.

A tireless supporter of civic, com­munity and non-profit organizations, Mr. Cay has served as a board member, director, or chairman for more than 30 organizations during his career. He has a number of philanthropic interests, including the arts and education, historic preservation and healthcare. Mr. Cay has also served on the boards of one NASDAQ and two NYSE companies.

Mr. Cay and his wife, the former Billings Day of Locust Valley, New York, maintain an immensely actively lifestyle. The Cays stay connected with family and grandchildren, pursue numerous philanthropic interests, and are active members of the Chief Executive Organization.

Of their many interests, architecture and design are the Cay's key passion. Mr. Cay recently completed the development of a 74,000 sf office building on Savannah's famous Ellis Square and the pair are currently restoring an 18th century farmhouse and gardens in Caroline County, Virginia.

A native of Savannah, Mr. Cay attended Savannah Country Day School and graduated from St. James School, a preparatory school in St. James, Maryland. Upon receiving a Bachelor of Arts degree from the University of North Carolina at Chapel Hill, Mr. Cay began his career in the insurance business as an underwriter with the New York office of Home Insurance Company.