How to Be a Great Mentee

How to Be a Great Mentee 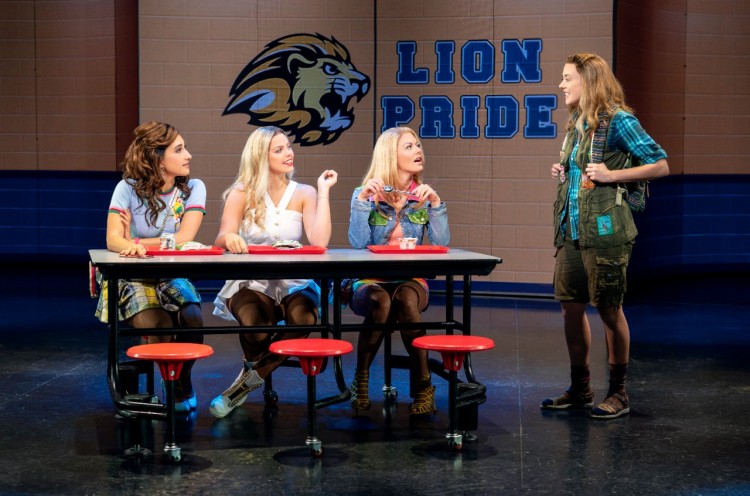 Broadway star Krystina Alabado credits her discovery of a love of theater to her time as a Girl Scout Brownie and Junior in Phoenix, Arizona.

“I went to Girl Scout camp probably four times. … We would do skits and I discovered that I loved the camaraderie, so Girl Scouts helped me realize how important the community aspect of theater is to me,” she says. “Working together and creating something and singing songs were some of my favorite memories.”

To this day, starring as Gretchen Wieners in Mean Girls, Krystina finds the social aspect of productions most appealing.

“My first show I did was Spring Awakening [on] a two-year Broadway tour. I was plucked right out of Phoenix and that show was all young people because it was a show about teenagers,” she explains. “The cast was almost all 18 to 23 and it was everyone’s first job, but there were four seasoned actors who played the parents, and they were my first mentors.

“Henry Stram was one of the actors and he is a Broadway veteran. … I just had such a strong connection with him,” she adds. “A couple of months ago those four actors had dinner together and I saw them on the subway afterward. They embraced me and I almost started crying—seeing them together was so powerful,” she says, reflecting on those relationships.

Even now, at 30, Krystina gets choked up thinking about how much she learned from the experience, and she pays it forward by mentoring and coaching young Broadway hopefuls. Here are her thoughts on how to get the most out of being mentored, whatever your field.

When you have the opportunity to learn from more senior talent in your field, take it.

“In the two years I worked on the tour I learned so much from the four older actors, and some of that was because I wasn’t afraid to ask questions: ‘Should I audition for this?’ ‘How do I get an agent?’ ‘Can you help me with these audition sides?’ ‘Did I do okay in this scene?’ I respected them so much and I just tried to be a sponge.”

“In my industry, we’re selling ourselves, so it can be very easy to say, ‘I’m great … look at me!’ but you also need to listen. Listening is one of the reasons I am where I am. That confidence has to be paired with grace.“

3. Put in the time and effort.

“I wasn’t as fast of a learner in school, [which] instilled this work ethic in me,” she says. “I was a ‘swing’ in Spring Awakening, which means I was an understudy for all of the parts, and so I had a lot of work to do. I think [the more experienced actors] saw how hard I worked and appreciated it.”

“At the time, I did my best to be gracious and grateful for their time and I never took advantage of having their wisdom,” she says of her mentors. “Now, I always say ‘I learned so much from you’ and ‘I’ll never forget what you gave me’ when I see them.”

It makes it easier for a seasoned veteran to help you if you can articulate where you want to go.

“I always put what I wanted in my sights, even when I was young and just starting,” Krystina says.

6. Don’t project your frustration onto others.

“Working in Broadway and TV can be very frustrating,” Krystina concedes. “When you’re starting out, you want answers and clarity. You want to know ‘How can I make this happen?’  But there are no easy answers. In our business, it’s not results based. It’s about doing the work.”

7. Play nice with everyone.

“In the movies, actors look cutthroat, but in the real world there are so few divas because you would never get hired again. That [conduct] is equal to your talent and it’s taken so seriously that you are adaptable and easy to work with.”

Even as you progress in your career, you will still continue to work with veterans who have put in more time than you have, and you can still see those moments as opportunities to benefit from their experiences, both positive and negative.

“I still ask every question that comes to my mind, and that will never stop,” says Krystina. “The minute you get complacent, you get stuck and lose forward momentum, especially with the arts.”

“I grew up in Phoenix, and I didn’t have a lot of access to Broadway professionals and to people doing this for a living. And if I had, it would have been so inspiring to me as an individual. It brings me so much joy to share the knowledge that I have learned.”