A Lifetime of Travel and Adventure: The Lori Winkelstein Story

For Lori Winkelstein, originally from Missouri, Girl Scouting was never an activity—but a way of life.

In 1970, at age seven, Lori joined Girl Scouts as a Brownie and enjoyed a fun-filled year. But on learning that Girl Scouts couldn’t go camping until they were Juniors (at the time), Lori, a lifelong G.I.R.L. (Go-getter, Innovator, Risk-taker, Leader)™ who has always known exactly what she wants, didn’t go back until a year later, when she could partake in the camping trips she’d longed to be a part of as a younger girl. She’s been hooked ever since! 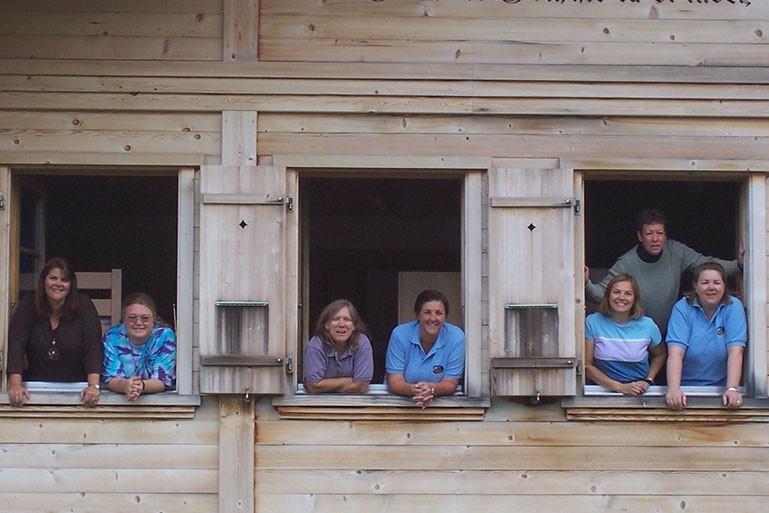 Lori and the rest of the "Swiss Seven" at the Girl Scouts Chalet in Switzerland in September 2006.

“With my Cadette troop in Missouri, for our first big trip together, we took a bus to the Rocky Mountains. We hiked and camped, and really enjoyed the experience,” she shared. “My troop traveled a lot. One summer we did canoeing in the boundary waters of Minnesota and Canada. I was privileged to go on a Wider-Op [now “Destination”] where we visited Washington, DC, just before the Bicentennial. During my senior year of high school, my troop even went to Our Chalet in Switzerland [the first WAGGGS World Center to be built], and that was just amazing!”

As an adult Girl Scout, Lori is fully committed to supporting the organization. Throughout her 35 years of service to the Movement, she’s probably held just about every volunteer role out there. She’s been a troop leader for every grade level, a council facilitator, and an active member of her service unit, and she currently serves on her council’s Girl Scout Gold Award committee.

Recently Lori attended a celebration banquet for the 2017 Gold Award Girl Scouts, where the girls were each given a few minutes to share their projects.

“Sitting on the Gold Award committee, we know what these kids do, but to hear the pride in their voice as they share their projects…I have goosebumps right now just thinking about it,” she said. “As a liaison, I help the girls throughout the Gold Award process, and just to be a little piece of their extraordinary work is so rewarding. I definitely learn from them as much as or more than they learn from me.”

Girl Scouts has always helped Lori pursue leadership without it feeling like a big deal—but more like a given. Of courseshe could light that fire at camp as a kid, and travel to Sangam (WAGGGS World Center in India) as an adult volunteer in 1988. She’s a Girl Scout—she can do anything!

Lori and a group of Girl Scout sisters celebrate World Thinking Day together in 2016.

“Girl Scouts provides girls with a safe, nurturing environment where they can learn to be leaders, learn to be independent, and learn to be the person that they want to be. The program is just as relevant and important today as it was when I was a Girl Scout.”

Lori’s daughter Sasha followed her mom throughout her own Girl Scout experience, and the lessons she learned continue to help her today, at age 24. “I often say to [Sasha], ‘Remember when you did that in your troop? You were able to handle it then, you could handle it now.’ And then she’ll go, ‘Oh yeah, Girl Scouts taught me that!'" 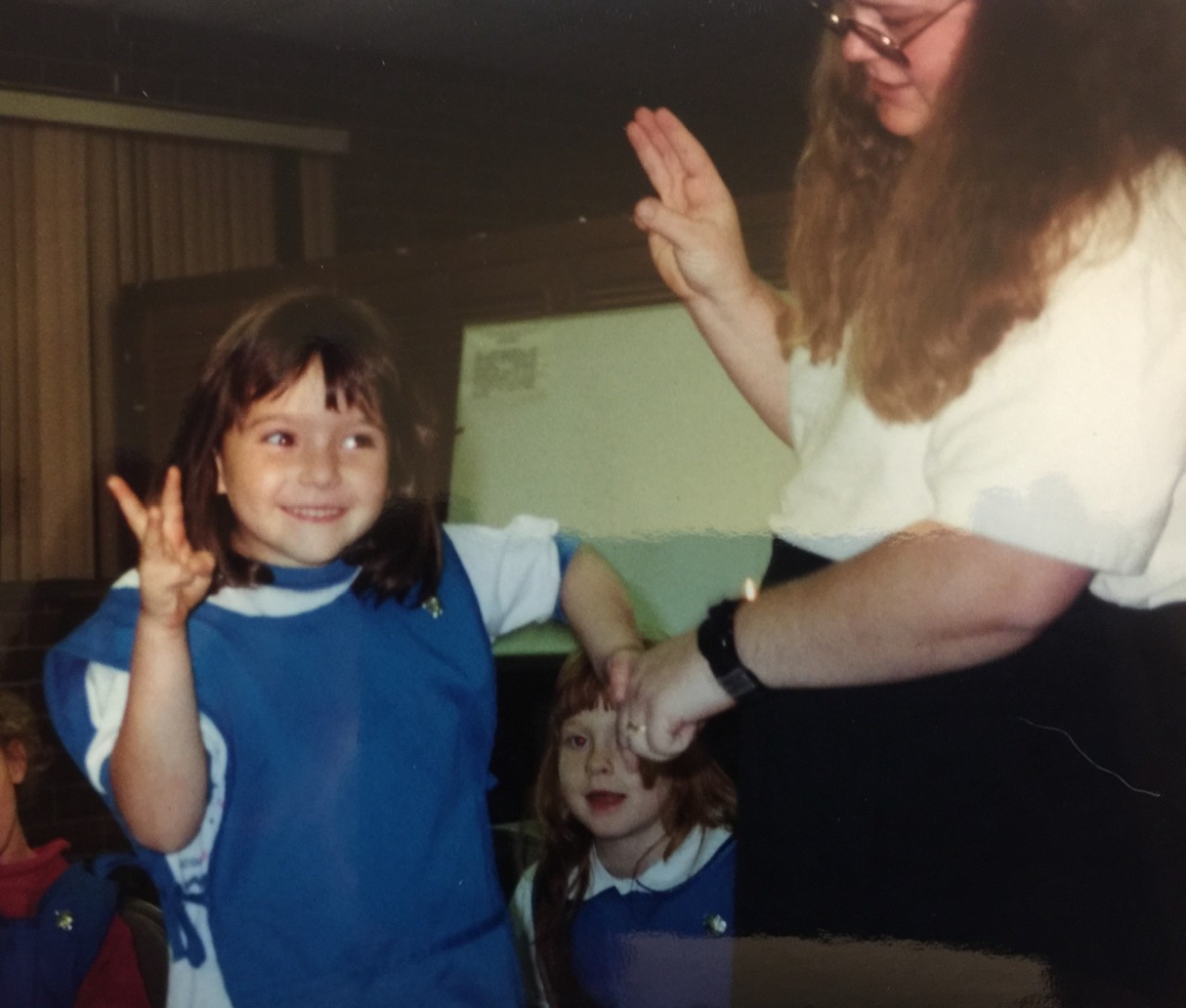 Lori and her daughter Sasha at her Girl Scouts Daisy investiture ceremony in October 1995.

Her husband, Dan, has also played a key role in Lori’s life of leadership and adventure with Girl Scouts. In fact, the first year the two were married, Dan was Lori’s co-leader of a Girl Scout Junior troop in North Carolina. They never worked together as troop leaders after that (for their marriage’s sake, Lori says!), but Dan has remained incredibly supportive of his wife’s ongoing commitment to an organization that has given her so much. (We reckon he’s a G.I.R.L., too!)

In addition to all of the amazing experiences Girl Scouts has exposed Lori and her family to, it’s given her a lifetime of extraordinary friendships and mentors (like Lofi). In fact, she’s still close to a couple of the volunteers who joined her in India almost 30 years ago.

“I always encourage leaders to focus on travel and connection,” Lori said. “I talk to them about the importance of expanding girls’ horizons through international travel, specifically. I tell them to look into the World Centers, and to try and make connections with folks there. (I’ve been to all five, plus Olave House before it became known as Pax Lodge!) I know that these experiences will prove to be as priceless and inspiring for today’s girls as they have been for me.”

Thank you, Lori, for sharing your adventurous, can-do spirit with us and all of the girls whose success you have continued to support over the course of more than three decades. We’re so proud to call you a Girl Scout—today and always!