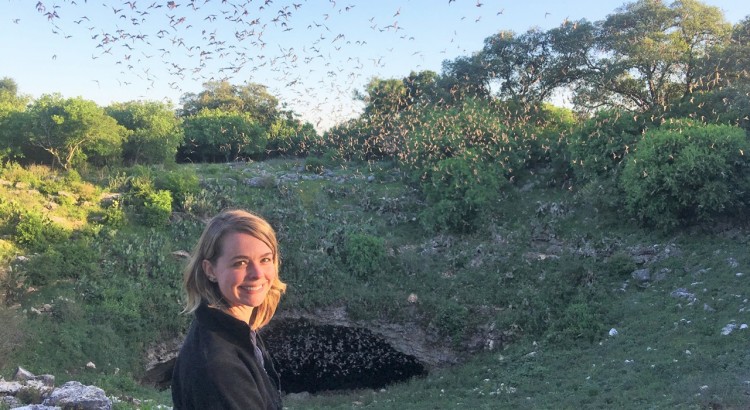 Bat conservationist Kristen Lear is a woman on a mission.

“I have always rooted for the underdog, and bats are underdogs,” she says. “Most people don’t like them.” But bats are also important for keeping ecosystems in balance by pollinating flowers and eating insects, traits Kristen learned about as a Girl Scout.

Kristen grew up in Cincinnati, Ohio, where she went on a lot of night hikes through Girl Scouting and found herself drawn to bats. She started as a Daisy and remained active through high school, eventually earning her Silver and Gold Awards.

“My Silver Award was the first time I did a project that contributed to bat conservation,” she says of the effort, which involved mounting bat houses on trees in a public park to make the environment attractive and more habitable for the helpful night dwellers.

Kristen even remained active in Girl Scouts while in college by starting the first campus Girl Scout program at Ohio Wesleyan University—where the students serve as volunteers and mentors—where she was studying (you guessed it!) zoology.

Later she researched endangered bats on a Fulbright Scholarship in South Australia. While there, she served as a troop leader through the World Association of Girl Guides and Girl Scouts.

Today Kristen is finishing up her PhD at the University of Georgia’s School of Forestry and Natural Resources, and she plans to continue working in bat conservation after graduation.

Her passion continues to extend out of the classroom through her involvement in Girl Scouts.

“I have helped troops with their bat projects, given presentations at my hometown council, and led workshops for troop leaders there,” she says, “which makes me feel like I am really passing the baton to the next generation.”