A Lifetime of Courage, Confidence, and Character

This research shows that participating in Girl Scouts is a powerful factor for developing courage, confidence, and character, which in turn build a foundation for success in education and careers, enable a lifetime of leadership, and provide high levels of life satisfaction. Alums assert that Girl Scouts set them on a path for achievement, connected them to something bigger than themselves, and helped them develop their passions and interests.

This study indicates that more than 1 in every 3 adult women in the United States were Girl Scouts at some point in their lives. The Girl Scout alum community is over 50 million strong. 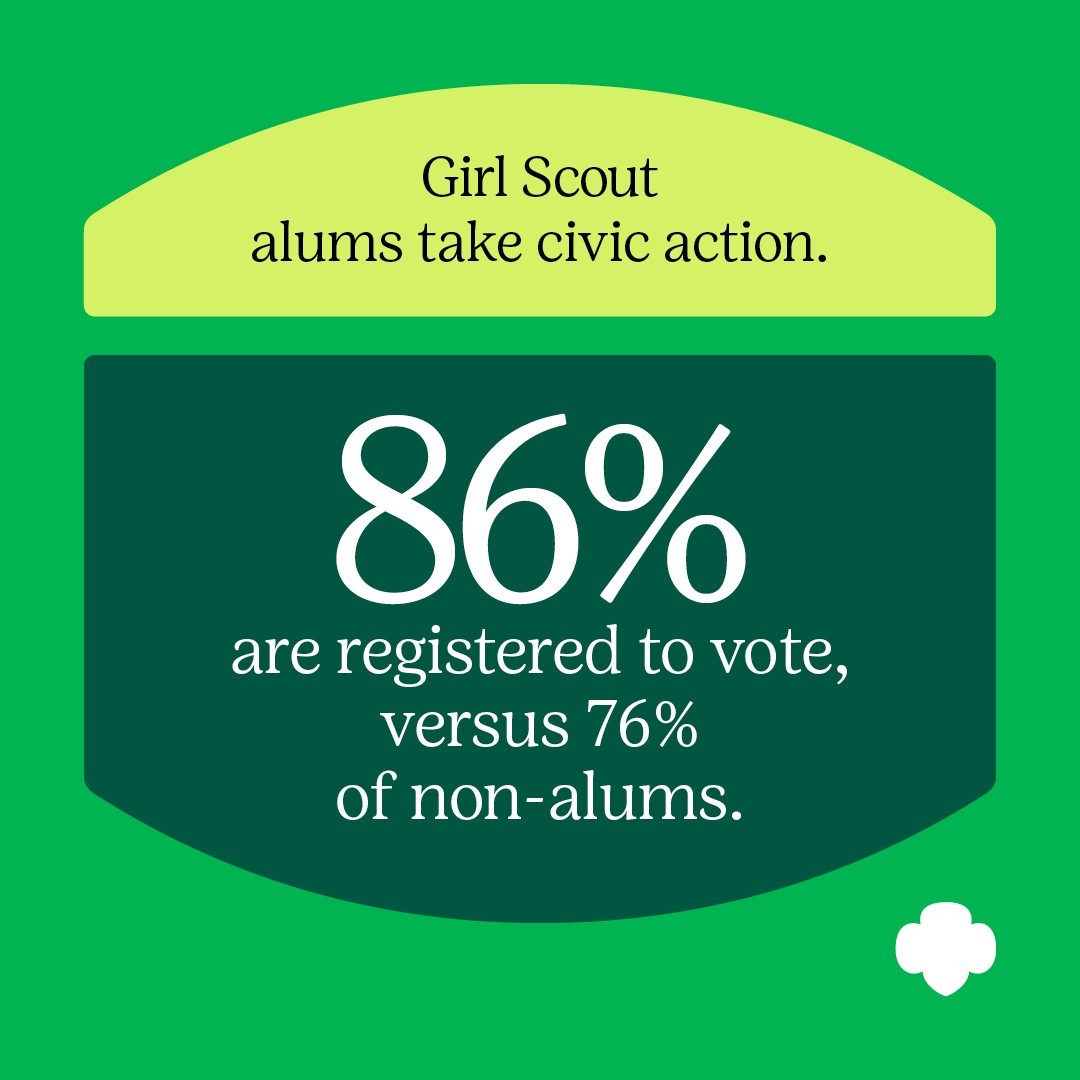 Girl Scout alums are more likely than other women to:

When compared to alums and other women, Gold Award Girl Scout alums are more likely to:

This study confirms what Girl Scouts have known all along: Girl Scouting builds girls and women of courage, confidence, and character who lead in their lives, at work, and in their communities.