NEW YORK, NY (May 30, 2018)—Sylvia Acevedo, CEO of Girl Scouts of the USA (GSUSA), was today named one of Fast Company’s 100 Most Creative People in Business, a powerful group of thought leaders from around the world. The rocket scientist, entrepreneur, and lifelong Girl Scout was cited for her vision and creativity—evident in GSUSA’s forward-thinking programming in STEM and the outdoors and such timely initiatives as the G.I.R.L. Agenda Powered by Girl Scouts, which aims to inspire, prepare, and mobilize girls to lead through civic action; and the Girl Scout Network on LinkedIn, which invites the organization’s more than 50 million alums to connect with one another to enhance their career development.

When Sylvia Acevedo was a girl in Las Cruces, New Mexico, a Girl Scout troop leader encouraged her to build a model rocket for a science badge, sparking a lifelong passion. Many years after that pivotal experience, Acevedo, a true go-getter, became a rocket scientist. Throughout her career she held leadership positions at NASA’s Jet Propulsion Lab, IBM, Apple, Autodesk, and Dell. Since taking on the role of interim CEO of GSUSA in 2016 followed by permanent CEO in 2017, she has brought her bold and innovative thinking to the 106-year-old organization, infusing Girl Scout programming with STEM in response to girls’ requests as well as the cultural and economic need to prepare more girls in the U.S. for STEM careers.

“To be included in this group of incredible change-makers is a true honor,” said Sylvia Acevedo. “The modern world advances rapidly, and I am committed to making sure girls have a hand in designing our collective future. At Girl Scouts, we know that girls are America’s great untapped resource, and we’re unleashing their creative potential so that they can lead and succeed in whatever path they choose. No matter what a girl’s interests—technology, music, medicine, finance, civic leadership, the military, entrepreneurship—she can use the skills she builds at Girl Scouts to be a force for good and make a creative and real impact on her community, the country, and the world.”

In May 2017, Acevedo greenlighted the largest rollout of Girl Scout badges in nearly a decade, with 39 of the 47 new badges in STEM and the outdoors. Twenty-three of the badges are currently available, and the rest will be in circulation by summer 2019. Also in 2017, Sylvia introduced the Girl Scout STEM Pledge, a groundbreaking national initiative that seeks to reduce the gender gap in STEM fields through raising $70 million to bring Girl Scouts’ STEM programming to 2.5 million girls by 2025. Additionally, during her tenure as GSUSA CEO, Sylvia has spearheaded collaborations with prominent industry leaders—including The North Face, Raytheon, and Palo Alto Networks—that are eager to invest in girls and lend their expertise to the development of state-of-the-art programming.

“Other titles catalog wealth, corporate power, or company size,” says Stephanie Mehta, editor-in-chief of Fast Company. “Only Fast Company identifies and celebrates leaders, many unsung, who are making an impact with their creativity.”

At a time when issues that affect girls and women dominate cultural conversations, Sylvia is one of many distinguished and inspiring female leaders acknowledged by Fast Company for their significant contributions to business—women whose exceptional work is driving the future of our country and world.

Read more about why Sylvia was named one of Fast Company’s 100 Most Creative People in Business. To volunteer, reconnect, donate, or join, visit www.girlscouts.org.

About Girl Scouts of the USA
We're 2.6 million strong—1.8 million girls and 800,000 adults who believe in the power of every G.I.R.L. (Go-getter, Innovator, Risk-taker, Leader)™ to change the world. Our extraordinary journey began more than 100 years ago with the original G.I.R.L., Juliette Gordon “Daisy” Low. On March 12, 1912, in Savannah, Georgia, she organized the very first Girl Scout troop, and every year since, we’ve honored her vision and legacy, building girls of courage, confidence, and character who make the world a better place. We’re the preeminent leadership development organization for girls. And with programs from coast to coast and across the globe, Girl Scouts offers every girl a chance to practice a lifetime of leadership, adventure, and success. To volunteer, reconnect, donate, or join, visit www.girlscouts.org.

About Fast Company
Fast Company is one of the world's leading business media brands, with an editorial focus on creativity, innovation, social impact, leadership, and design. Headquartered in New York City, Fast Company is published by Mansueto Ventures LLC, along with our sister publication Inc., and can be found online at fastcompany.com. 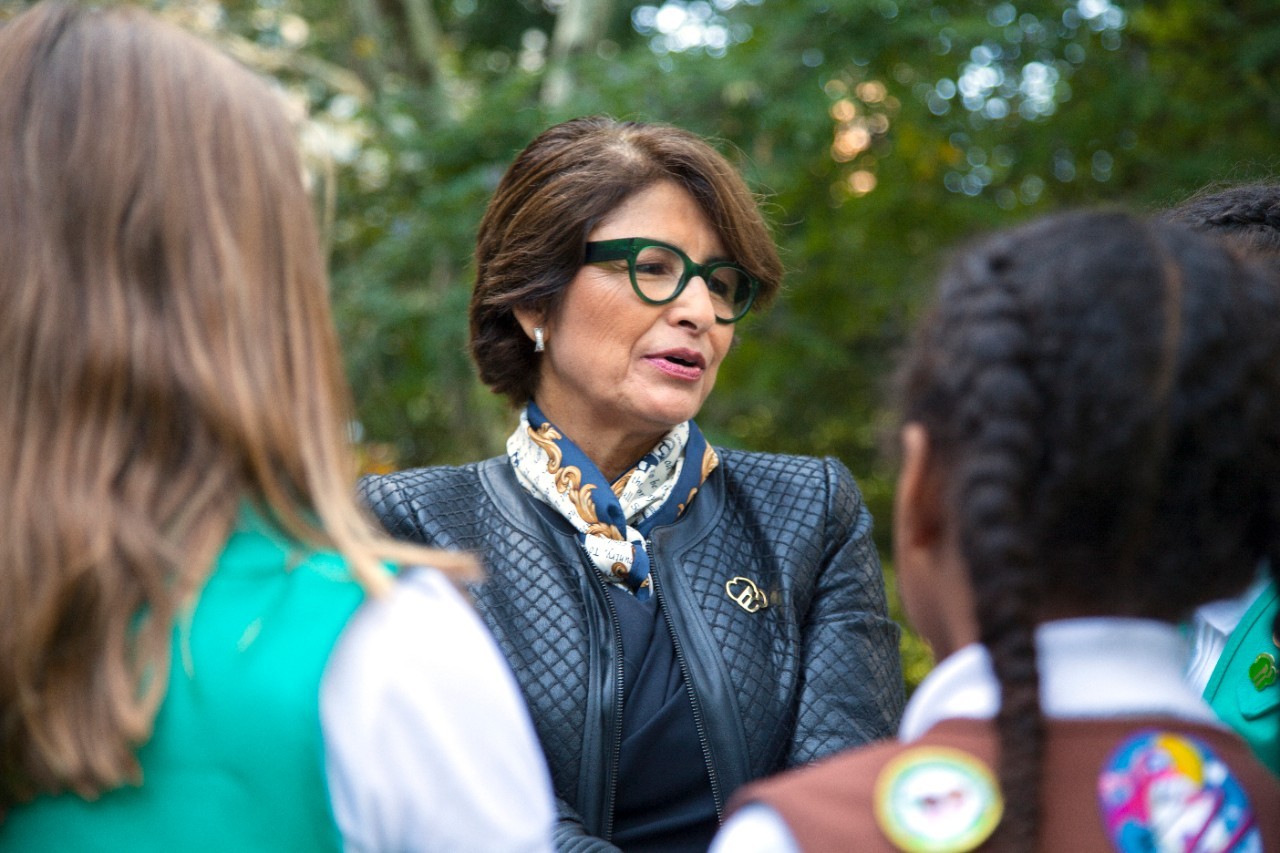 Sylvia Acevedo, Girl Scouts of the USA CEO, named one of Fast Company’s 100 Most Creative People in Business. Prepare your girl for a lifetime of leadership, visit girlscouts.org/leadership.