We are girls of courage, confidence, and character who make the world a better place.

And that “make the world a better place” part? That’s about civic involvement, and it gets at the very heart of what it means to be a Girl Scout.

Whether we’re being good neighbors, participating in school activities, addressing concerns in the community, or taking our quests for positive change to the state, national, or international level, we recognize how important it is that we serve as empathetic leaders who advocate for what’s important to us. 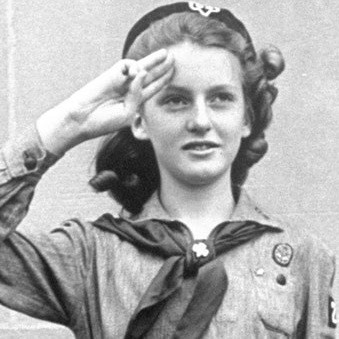 From the very beginning, Girl Scout founder Juliette Gordon Low saw Girl Scouting as a movement that would inspire girls to make a difference in their world. Call it advocacy. Call it being a good citizen. Call it patriotism. Girl Scouts leave things better than they found them and work to make our communities shine.

We’ve made great strides since the first Girl Scout troop formed in 1912, and we’ve learned a lot along the way, including about the work that’s still ahead of us to make the world a better place for all. We know that work is never finished, and we’re committed for the long haul to improving and expanding our commitment to civic action—for every girl.

We call it being a Girl Scout.

Fittingly, the very first Girl Scout Handbook was titled How Girls Can Help Their Country. Published in 1913, it was full of forward-thinking concepts; it even encouraged girls to learn a trade or two, so that they could be independent and prepared to serve their country. As early as 1918, Girl Scout activities encouraged exploration of civics and citizenship, an emphasis that has continued ever since.

As the Girl Scout organization grew through the years, so did opportunities to make a nationwide impact. The Girl Scout commitment to service and duty to country was visible in many ways during World War I, as girls across the country embraced the war effort—planting “war gardens” and selling war bonds. 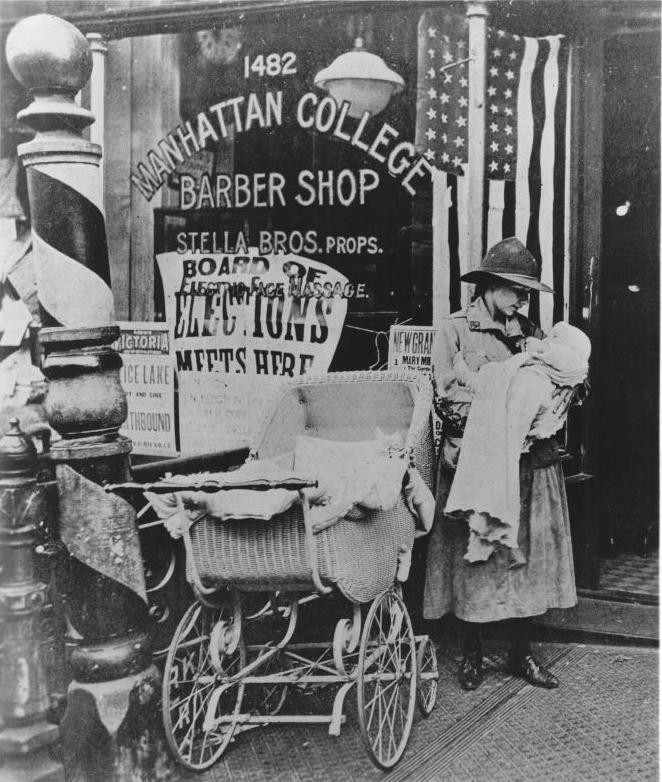 As early as 1920, Girl Scouts were rallying in New York City’s Central Park, lifting their voices to introduce the organization to the nation and to advocate for what they believed in. And when the 19th Amendment to the U.S. Constitution was ratified in August of that year, Girl Scouts sprang into action to support women’s suffrage. (Many troops offered to take care of women's babies while they cast ballots.) Also around this time, Girl Scouts were encouraged to learn about government, voting, and the election process on the way to earning their Civics and Citizen badges.

In 1931, First Lady of the United States and Honorary Girl Scout President Lou Henry Hoover publicly called on girls to help families dealing with unemployment. And Girl Scouts nationwide stepped up big time—raising money, holding food and clothing drives, and volunteering in schools and hospitals. Consequently, Girl Scouts earned a deserved reputation as a group that could be counted on to help those in need.

Girl Scouts just kept going. During World War II, the organization demonstrated its recognized ability to mobilize around a cause, effecting change in a big way. Girl Scout leadership distributed materials with ideas for service projects. Girl Scouts took action by operating bicycle courier services, investing thousands of hours in Farm Aid projects and growing “victory gardens.” They collected rubber for tires, nylons and rags for parachutes, and scrap metal by the ton. They picked 7,930 pounds of milkweed pods to fill life jackets and aviator suits. And in 1944, Girl Scouts presented then-President Franklin D. Roosevelt with a “check” for 15,430,000 Girl Scout service hours invested in the war effort since 1941. Talk about leadership!

After the war Girl Scouts used funds from the Juliette Low World Friendship Fund to lend a helping hand to war-torn European countries. They reached out to children overseas with brightly colored Friendship Bags containing needle-and-thread sets, toothbrushes, hard candy, hair ribbons, crayons, and small toys. And Girl Scouts kept their eyes on their homeland, too, participating in important projects through a National Home Safety campaign.

In the 1950s, Girl Scouts emphasized its commitment to the environment by performing more than 35,000 Outdoor Good Turns, conservation projects to clean up and beautify neighborhoods—and in the 1960s, as the civil rights movement gained momentum, Girl Scouts launched several major initiatives supporting racial and ethnic diversity. In 1969, Girl Scouts launched Action 70, a nationwide Girl Scout effort to overcome prejudice and improve relations among people of all ages, religions, and races.

Of course, Girl Scouts participated in the very first Earth Day in April 1970, later that year launching Eco-Action, a nationwide program to bring attention to environmental issues. And pivoting back to civic involvement, Girl Scouts opened the 1980s with Leadership in Action, identifying eight crucial areas to focus on, including pluralism, community service, the environment, and taking the lead for a better world, as well as the international aspects of Girl Scouting and leadership.

Since then, as always, Girl Scouts have worked steadily on both a large and small scale to make the world a better place. Girl Scouts have led positive change by fighting to end child marriage in New Hampshire. Girl Scouts have stood up against everyday injustices by holding an annual Open Mosque Day to combat Islamophobia. One troop of Girl Scouts created a petition to help pass a law banning tobacco use in its town’s parks and on its playgrounds and athletic fields. And Girl Scouts placed flags at more than 5,000 grave sites at the East Tennessee State Veterans Cemetery before marching in their local Memorial Day parade.

And that’s just a fraction of the amazing actions Girl Scouts everywhere have taken to improve their communities.

If it takes just one girl to change the world, imagine what all of us can do—together.