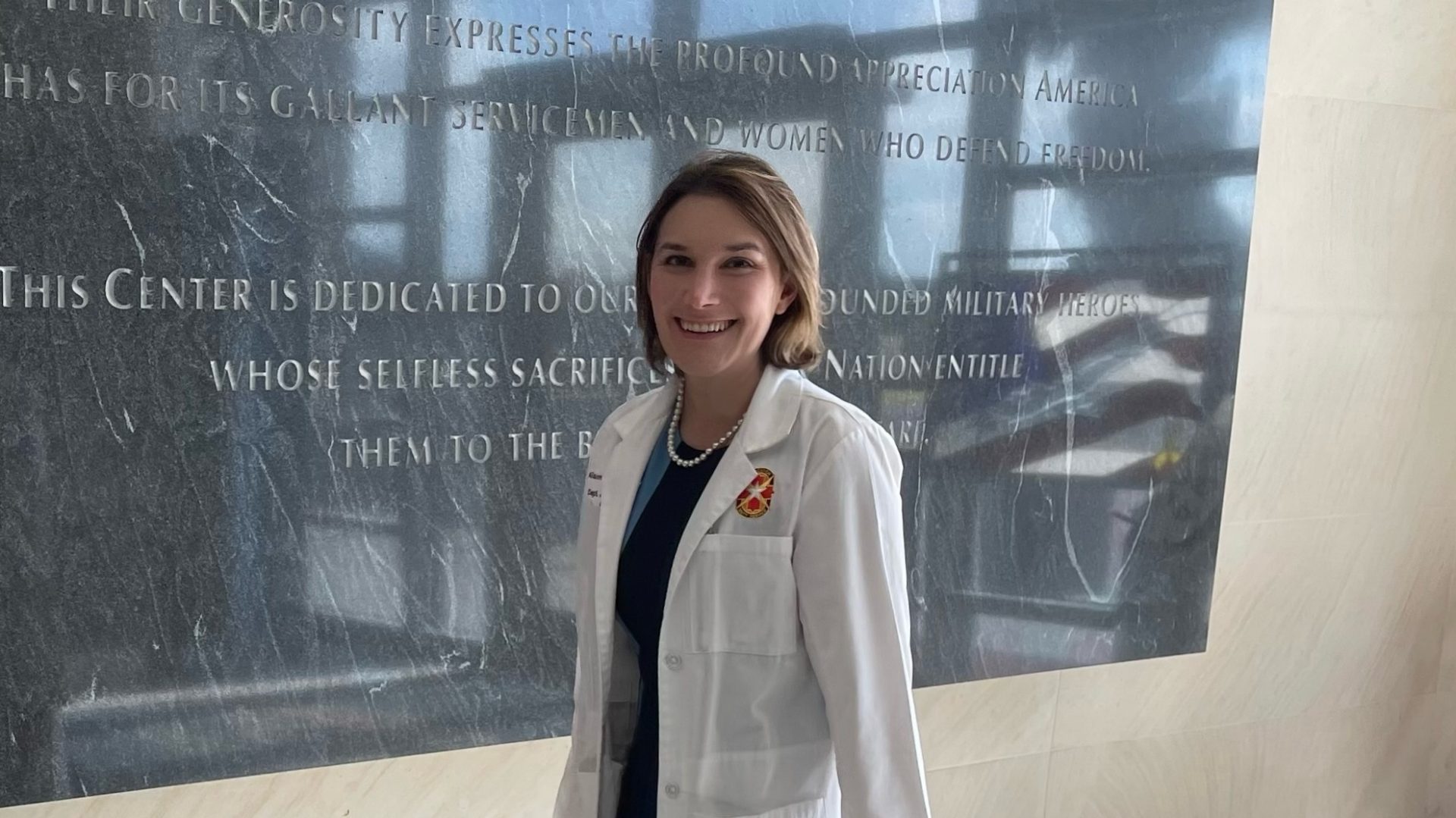 Advocating for Heroes at the End of Life

That’s when she took on the role of Chair of the Department of Rehabilitation Medicine at Brooke Army Medical Center (BAMC) in San Antonio, Texas. BAMC is home to the Department of Rehabilitation’s Center for the Intrepid, which specializes in caring for wounded service members—particularly amputees—who were injured in combat. Alison is the first civilian and the youngest person, at age 37, to hold the position.

For Alison, this wasn’t just a big leap forward in her career; it was also a move back home.

Alison grew up in San Antonio, where she was a Girl Scout Brownie. Her mother was her troop leader and fueled her interest in science and community service through the troop. The troop learned about living with impaired vision through a field trip to the San Antonio Lighthouse for the Blind, which profoundly impacted Alison, who learned how science and the community can work together to support those in need.

Girl Scouts also fostered a positive leadership environment and in high school Alison founded a women’s empowerment group. She then went on to college at Rice University in Houston, where she received the Barbara Jordan Scholarship for leadership in social justice.

For medical school, Alison went to the University of Texas Medical Branch at Galveston and then on to residency in Internal Medicine at the University of Texas Health Science Center San Antonio. After completing her residency, she was selected for a fellowship in palliative care at Memorial Sloan Kettering Cancer Center in New York City. She was tapped to stay on as a faculty member and served in New York for three more years before moving back home to found the Department of Defense’s first fully interdisciplinary Palliative Care team at BAMC.

“Working with our active-duty service members and their families has been special because military medicine has an important role in ensuring our soldiers are fit to fight,” Alison says of working at BAMC. “Helping my patients find meaning and purpose as they near the end of life or battle their serious illness is a unique honor.”

After two years at BAMC, Alison was promoted to the role of Department Chair.

“To apply for this job took guts,” she says. “I went from having a team of seven people to a team of 300.” Starting in the new role, Alison called on the core values she says that she learned in Girl Scouts: courage, confidence, leadership, and character.

The COVID-19 pandemic started mere days after Alison stepped into the Chair position.

“I lead with positive professionalism, which was necessary during those early months. When you are navigating issues on all fronts, you need a leader who will support you and advocate for you,” she explains.

Through her work with the South Texas Regional Advisory Council, Alison created resiliency resources for the South Texas medical community, which was stretched thin during the first waves of COVID-19.

Alison’s role in the region’s COVID-19 response was so pivotal that she was recently awarded the U.S. Army’s Meritorious Civilian Service Award, which is the second-highest award for civilians in the military.

“One of the biggest challenges for us was transitioning to a telehealth platform,” Alison says. “It was a reminder of the limitations of that and how much needs to be done face to face—and in rehabilitation, how much can be done in a group setting by watching others facing similar struggles.”

She remains passionate about palliative care, which is about mitigating suffering and focusing on quality of life as patients face serious or life-limiting illness.

Alison credits her passion for helping those in great need with her early experience at that Girl Scout troop meeting, looking through goggles at the Lighthouse for the Blind that allowed the girls – for a brief moment – to experience life through the eyes of a vision-impaired person.

“I learned in Girl Scouts that girls [and women] can do anything they set their mind to,” Alison says. “When you find your superpower, use it for good!”

Dr. Anne Estes studies dung beetles as an energy source in the future.

Advocate for What You Believe In

How one woman’s personal tragedy inspired her to help save lives.