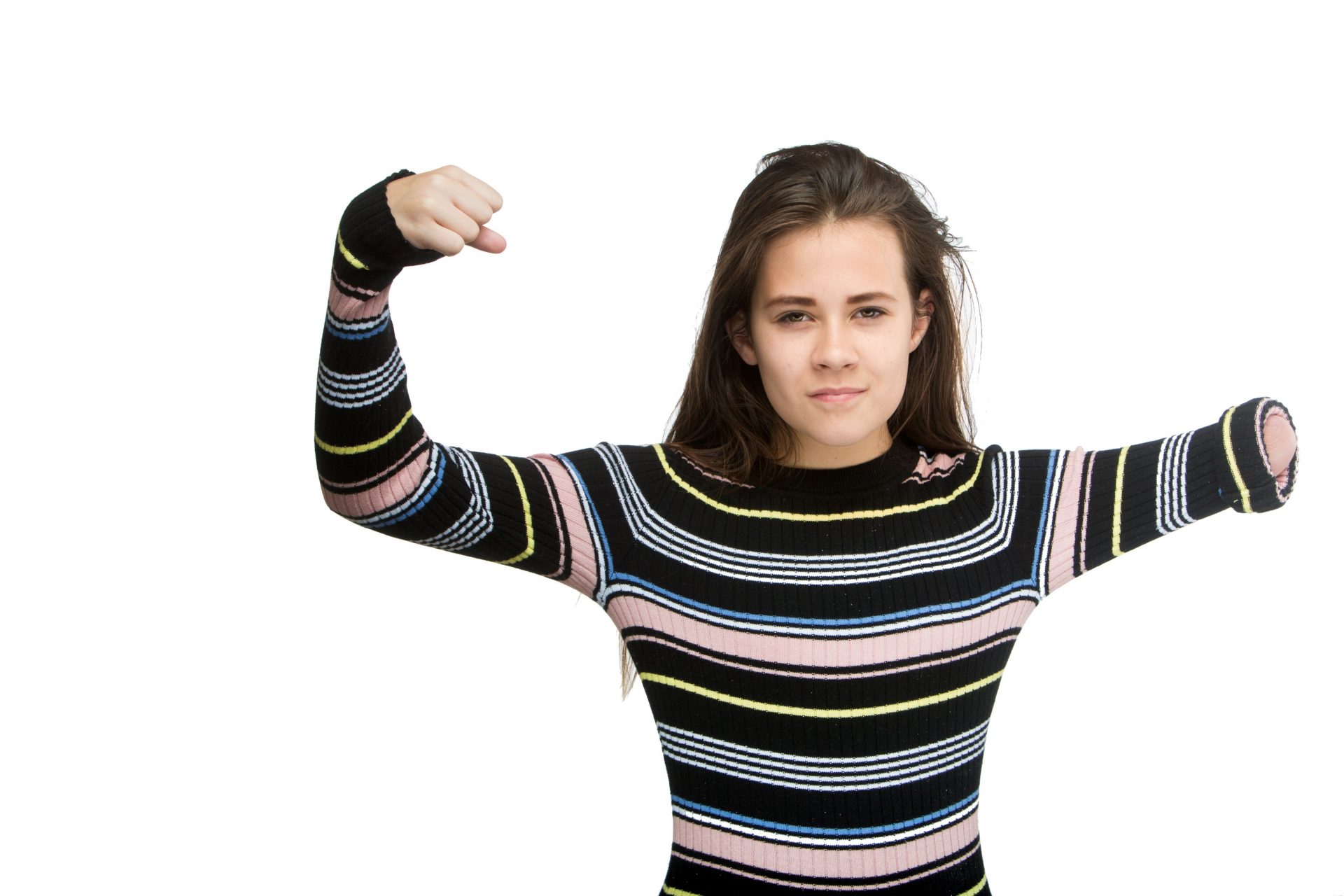 Disability activist and Girl Scout Jordan Reeves, age 13 from Columbia, Missouri, has accomplished so much in her young life. Born without the bottom half of her left arm, she has never let her differences or difficulties stop her from shining her brightest light, both in her own life and for the world. In fact, it has inspired her to be a role model for others. Today she’s already a fierce advocate for kids with physical differences, an innovative prosthetics designer, a powerful influencer, an accomplished speaker, and a published author!

It all started in 2016 with a workshop Jordan attended in San Francisco called BOOST. During the workshop, she got the opportunity to talk about disability with other kids and became inspired to build off one another’s differences rather than consider them limitations. Afterward Jordan created Project Unicorn, a prosthetic arm that shoots glitter—yes glitter!

She worked with a designer, who helped her improve the initial design and make more prototypes. Soon Jordan realized she wanted to share the magic of these workshops with others. So she and her mom Jen started their own nonprofit, Born Just Right, whose mission is to “build creative solutions that help kids with differences live a more enjoyable life” by empowering them through design and science, technology, engineering, and math (STEM). Now even more kids get to attend BOOST workshops to build fun and practical creations.

“It’s so cool to just be able to talk to other people with disabilities, someone who’s like you—that’s so important in life,” says Jordan. “It makes you feel less alone. Working together to build off our differences and make some really interesting, useful stuff—it’s just awesome. It reminds you that being different is actually a huge opportunity.”

“We’re blazing a trail,” Jen adds. “One of our bigger goals for Born Just Right is to build new jobs [for people with physical differences] that haven’t existed before, and I really do believe we’re going to make it happen.” We believe it too, Jen!

In addition to the nonprofit and workshops, Jordan makes sure to take full advantage of every chance to get out there, share her story, and motivate others. In November 2017, she gave a presentation at TEDx in Pittsburgh, Pennsylvania, on the importance of creating dolls that show physical differences and represent disabled children. Pretty soon, toy giant Mattel reached out to her wanting to collaborate to develop a Barbie with a removable prosthetic leg. Jordan even made sure Mattel understood that to be realistic, the leg had to come on and off. It’s so important to be open, honest, and precise when it comes to representation—thank you, Jordan, for your vision and ability to speak up when it matters most!

Speaking of representation and the power of sharing stories, Jordan and Jen also co-wrote a book, Born Just Right, which was published by Simon & Schuster this summer. What an amazing accomplishment and an incredible way to share her story with the world.

As you can tell, Jordan is a busy and accomplished young lady, but she still makes time to be a kid and enjoy time with her friends. She loves being a Girl Scout and having a community of girls who are also passionate about changing the world to share her aspirations and plans with. One of her favorite things about being a Girl Scout is how she always feels included. Once she got to do archery by using her mouth to shoot the bow and arrow (her troop leaders had someone present who showed her how to do it safely). She even got a bullseye—no sidelines for this G.I.R.L. (Go-getter, Innovator, Risk-taker, Leader)™!

Through Girl Scouts, Jordan also earned babysitting and CPR certification, working with her troop leaders so she could participate fully alongside her friends. “Naturally, Jordan could have figured everything out herself, but just to have that support and open-mindedness was incredible,” Jen says.

“I think every girl should be a Girl Scout because you get to be part of a strong, powerful group of girls and learn how to build up your voice to work on different issues that affect the world,” Jordan shares.

When it comes to building a brighter future for all of us, here are some of Jordan’s top words of wisdom she wants kids with disabilities (and everyone) to know:

Thank you, Jordan, for being such an exceptional example to everyone around you. We’re beyond proud to call you a Girl Scout and cheer you on to every great adventure that awaits you! Watch out world, because here she comes.