When 18-year-old Lily Sweet King, a longtime member of Troop 465 out of Girl Scouts of the Florida Panhandle, started thinking about what she wanted to focus on for her Girl Scout Gold Award project, she quickly recognized a gap—too few Gold Award projects she had seen directly involved students. Additionally, she had recently learned about several racist incidents happening in local high schools and about how Tallahassee is the most economically segregated city in the United States. Taking all of this information into account, she knew exactly what she had to do: she would use her hospitality skills to mitigate tensions and build bridges among her peers. Her Gold Award project would have students at the center of it and work to give them a greater voice in the community.

Cue the “Longest Table—Class of 2018” event, which brought students together for critical conversations about how to prevent bullying and strengthen relationships that promote peace, equality, truth, and unity, both among the students themselves and within the community at large. That’s the G.I.R.L. Agenda in action! Lily Sweet had previously heard of a similar event held by Tallahassee Mayor Andrew Gillum, and she thought replicating it specifically for students would be great. With the support of teachers and mentors, coupled with an unstoppable drive to succeed, Lily Sweet planned, raised funds for (including writing her very own grant), and carried out a dinner party, hosting 120 of her peers from all 12 public and private Leon County high schools.

Lily Sweet’s event was the very first time that students from all community high schools came together. Students arrived as strangers, but many left as friends. “It was a powerful moment,” Lily Sweet said. “In high school, it can be awkward to talk to kids you don’t know, especially when it comes to tense issues, so I designed conversation cards for the event to get people talking. It’s so important for people, especially youth, to discuss the issues they see in their communities and come together to find viable solutions.”

The conversation started out with lighter questions, like “What school do you go to?” and “What activities are you involved in?” and later moved on to harder topics, like lack of school resources and economic segregation. “These conversations were able to show the students that although some of us might go to a school in the north side of town and others attend schools on the south side of town, we’re not so different at all,” Lily Sweet said. “That’s the problem with economic segregation: it makes you think you are different. But when you come together and engage in conversation, you can actually see a lot of similarity and find solutions to your problems.”

Overall, Lily Sweet’s Longest Table event was a huge success. She even wrote an essay about it that won her a national award from the Heather Heyer Foundation and the AIDS Healthcare Foundation for standing against hate and working to help ease racial divisions in her community. As part of the award, Lily was invited to ride in the Rose Parade in Pasadena, California, on New Year’s Day 2018, an experience she says she’ll never forget.

Susan Bro, the mother of a young civil rights activist named Heather Heyer who was killed while standing up for social justice with her friends in August of 2017, was impressed with Lily Sweet’s Gold Award project. “Lily Sweet’s project exemplifies the concepts of inclusion and reaching out of our comfort zones to expand our circle of friends and acquaintances,” said Susan, who is the cofounder of the Heather Heyer Foundation. “Finding points of connection with those around us is a key part of strengthening our communities. What better way to do that than by breaking bread together?”

"Finding points of connection with those around us is a key part of strengthening our communities. What better way to do that than by breaking bread together?”

When Lily Sweet looks back at all that she has been able to accomplish at such a young age, she says she couldn’t have done it without Girl Scouts: “Without Girl Scouts, I don’t think I would have ever thought to even do something like this. Being a Girl Scout has given me a lot of confidence to speak out, take on big challenges, and know the difference between right and wrong.”

"Being a Girl Scout has given me a lot of confidence to speak out, take on big challenges, and know the difference between right and wrong.”

Lily Sweet also credits her teachers and mentors with helping her become the young woman she is today. One of those teachers is Joshua Stewart, the Student Government Association (SGA) and leadership class teacher and adviser at Leon High School. He was the one who encouraged Lily Sweet to take her project idea to the next level by preparing a presentation to deliver to 18 other high schools in five different counties across the Panhandle of Florida, while also offering to help her with any available SGA resources. 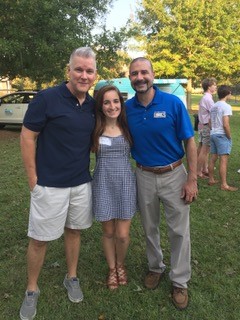 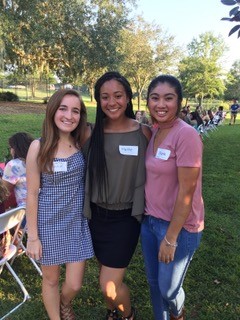 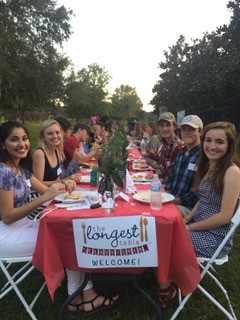 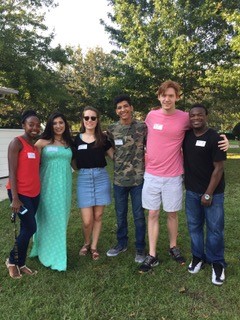 When asked to describe his accomplished mentee, Joshua said, “Lily Sweet has really grown in the areas of risk-taking, volunteering for leadership, and putting herself under the scrutiny of the public eye, and she is managing it all very well. She understands that the only way to make a lasting positive impact on the community is through the people you elevate, equip, and empower on a daily basis to accomplish what no one person could. I think Girl Scouts has been able to help her develop the interpersonal skills she needs and expose her to a wide range of experiences prior to high school that have allowed her to develop into a confident young woman.” He also expressed feeling extremely proud of Lily Sweet’s work ethic and her excellent time-management and people skills, which made her Gold Award project a success and allowed her to make a positive difference in her community.

"She understands that the only way to make a lasting positive impact on the community is through the people you elevate, equip, and empower on a daily basis to accomplish what no one person could."

Lily Sweet’s advice to younger girls thinking about pursuing their own Gold Award is to stick with it. “It’s going to be hard, but as long as you have a good work ethic, you can do it,” she said. “At first it’s difficult to figure out what you want to do and how you will do it, but in the end, it’s all worth it.”

The weekend that her Longest Table event was originally scheduled, Hurricane Irma hit Florida, and Lily Sweet was forced to reschedule the entire event. “This was very stressful for me because I had to make sure that everyone knew of the new date and time, had to reorganize the food and table delivery, and had to do so much more,” she explained. But like a true, seasoned G.I.R.L. (Go-getter, Innovator, Risk-taker, Leader)™, Lily Sweet succeeded by staying calm and readjusting under the new circumstances. The entire ordeal even made her realize that she loves event planning and wants to pursue a related career in the future.

As Lily Sweet works on completing her senior year of high school and waits to hear back from the colleges she’s applied to, she hopes other students will host Longest Table events to keep a running dialogue going on the issues important to them. She recently presented her project at a district meeting where many kids showed interest in holding their own events. Lily Sweet educated them on her process so they could go out and duplicate it. And Lily Sweet’s sister, a Girl Scout Ambassador named Creed who will be a senior at Leon High School next year, is also interested in hosting the Longest Table event with her peers. There’s a lot of momentum in the community to keep the conversation going, and Lily couldn’t be more excited about the role she’s been able to play in elevating students’ voices and bringing her community together.

“Girl Scouts is a great way to meet people and learn life lessons that you’ll use for the rest of your life,” she emphasized. “I am so glad I got to do this project through Girl Scouts!”

"Girl Scouts is a great way to meet people and learn life lessons that you’ll use for the rest of your life."

Way to go, Lily Sweet! Your community is so lucky to have a brave and passionate leader like you on her way to greatness. Thank you for putting your interests, skills, and time to use for the greater good of your community and peers. We’re so proud to call you a Girl Scout!